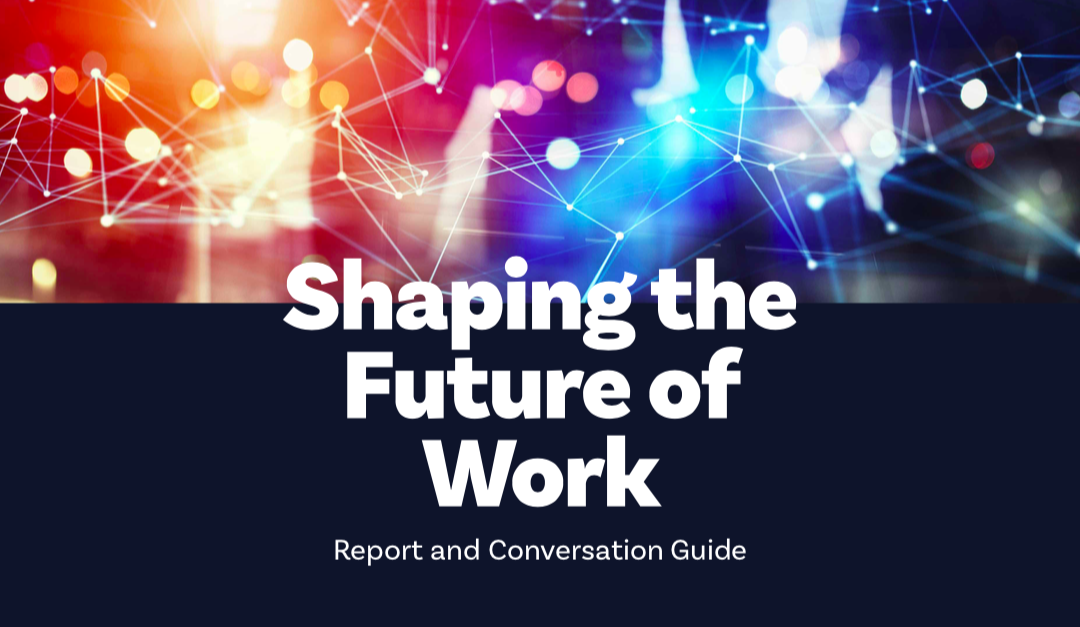 This is a very special month for me. Over the past year, I led Shaping the Future of Work (a global project born to understand what young people think about the future of employment) and after many months of data collection and analysis, we launched the report with the results of the project and our conversation guide.

During this research project, we reached some insights that left me surprised and frankly worried.

To get started, we found that youths don’t feel ready for the future. We asked more than 2,500 young people from all over the world how well they think their education prepared them for the future. On a scale of 0 (did not prepare) to 100 (very well prepared), the average respondent scored themselves at 56.

We also asked them what it means to “work” and grow professionally. 76% said that the meaning of a career is “a lifestyle that involves a range of aspects in an individual’s life from education and paid jobs to volunteering and personal ambitions”. Clearly, the nature of work and the meaning of a professional career is evolving, especially for younger generations.

In addition, 42% believe there will be fewer jobs that require humans due to technological advancements and the resulting rise of automation.

2. The rise of the gig economy

44% of young people believe that there will be more self-employment in the future and the gig economy will grow, and they are absolutely right.

The amount of “gig” work is growing rapidly worldwide, but social protection for workers has not evolved. Alternative or “gig” work is defined as “temporary help agency workers, on-call workers, contract company workers, independent contractors or freelancers”, and is generally unsteady, without a fixed paycheck and with virtually no benefits.

According to the Gig Economy Data Hub (a joint project of Cornell University’s Institute of Labor Relations and the Aspen Institute), more than a quarter of workers participate in the gig economy in some capacity (not traditional nine-to-five employment).

Another report by Harvard and Princeton economists, Lawrence Katz and Alan Krueger, states that:

“94% of the net employment growth in the U.S. economy from 2005 to 2015 appears to have occurred in alternative work arrangements”.

This means that we need to re-think the social contract between workers, companies, and society.

3. We need to break down taboos about the future and have evidence-based conversations.

In the report, we decided to include a conversation guide because, in the process of understanding the needs and concerns of young people about the future of work, we discovered that there were very important issues that were not being discussed. For example, if almost all new jobs are part of the gig economy, what can we do to guarantee the protection of workers? How will the new economy impact vulnerability and economic privilege? What adjustments does the new economy need to make to accommodate increasing rates of expats, climate refugees, and other migrants?

Talking about an uncertain future can be challenging. Conversations of this nature are often based on emotion, steeped in personal perspectives, or dominated by those who engage in the topic for work. It is for those reasons this guide has been developed with the intent to help people of all ages have evidence-based conversations about the future of work. This guide can assist in conversations ranging from an informal chat between friends to more formal debates, panels or webinars.

But why is it important to understand what young people think about the future?

Perhaps you have already noticed, almost all research about the future is based on the opinion of adults, but it is the young people who will fully experience the impact of technology on employment.

For this reason, we created Shaping the Future of Work, an international initiative from the Global Shapers, a network of young leaders, founded by the World Economic Forum. Our goal is to understand the youth perspective on the future of employment and drive evidence-based conversations on the topic, which is full of taboos, misconceptions and misunderstandings.

Do you want to join Shaping the Future of Work?

It’s very easy: download the report and host a conversation on this topic using our official guide: www.shapingthefutureofwork.com

Finally, I want to thank the more than 70 Global Shapers from all regions who joined this initiative. It has been an honor to work with them and prove that young people can shape the work environment that we will have over the next decades.