Brilliant advice from the entrepreneurs that attended the World Economic Forum (including Jack Ma!) 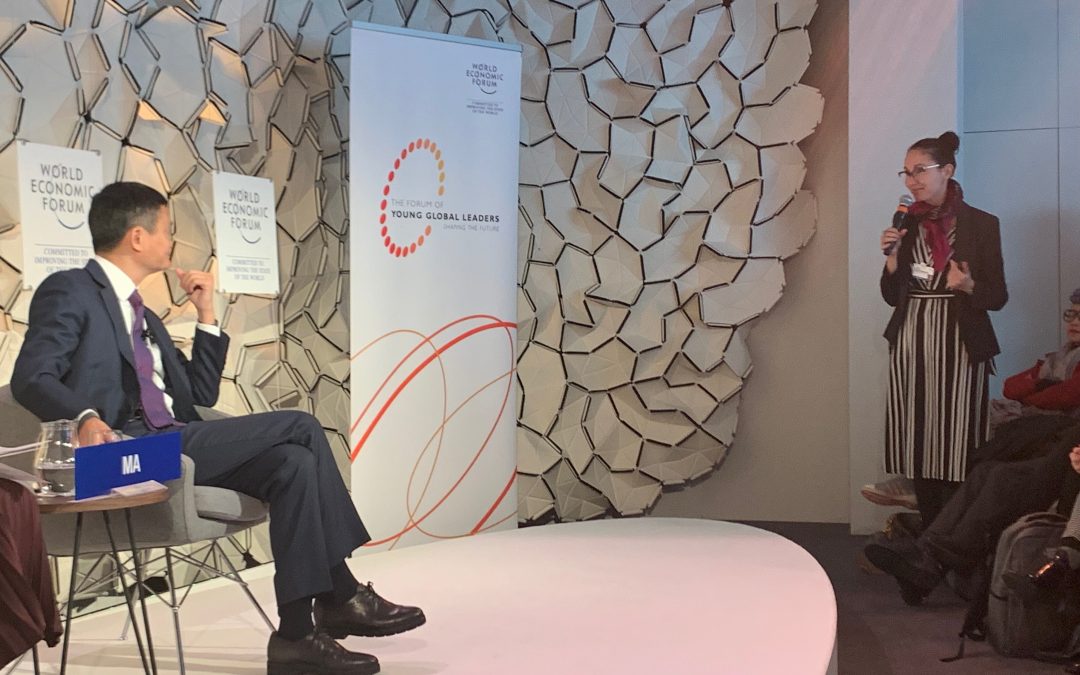 During the past World Economic Forum in Davos, Switzerland, I attended a dozen sessions held by all kinds of people: politicians, scientists and Nobel prize winners.

I was struck by the fact that they only gave the speakers the honorable “quinceañera” treatment in two of those sessions – that is, the celebrated one does not enter until everyone is seated and silent. (Note for international readers: in Mexico, giant parties are organized for female adolescents who turn 15, they dress as princesses and their parents give them their “last toy”, just to give you an idea.)

The first leader who got the “quinceañera” treatment was the founder of the Forum, Professor Klaus Schwab. The second was an entrepreneur, Jack Ma, founder of Alibaba, the giant e-commerce firm.

Jack Ma is a man with an easy smile, maybe that’s why he looks as young as thirty-something even though he’s actually 54 years old. He is the richest man in China but never forgets that he was born into a humble family. His parents were musicians and storytellers, they did not earn enough to be considered middle class.

Ma became an entrepreneur at a young age. When he was a child, he gave free tours in English to foreigners. However, school was never his strong point. He applied 10 times to be admitted to Harvard University and was rejected 10 times. Then, he applied to the Normal University of Hangzhou and got approved on his fourth attempt. After graduating, he worked as an English teacher at the University of Hangzhou Dianzi with a pay of $12 per month.

In 1995, Jack Ma visited the United States for a government project related to the construction of highways. It was there that he discovered the internet and computers.

At that time, computers were rare in China and few people used the internet. The entrepreneur says that the first word he sought was “beer”, and it showed results from all over the world. Then he looked for “China” and not a single result appeared. He decided it was time for China and its people to connect to the internet.

He returned to his country, convinced 17 friends to invest in his new company and started Alibaba from his apartment at the age of 31, not knowing how to sell or write code.

That’s why they gave Jack Ma the quinceañera treatment, he’s an authentic rock star. Surely the organizers feared that some of the 30 lucky people that achieved a space in that session could not wait to go to say hello or ask for a selfie. (In the end, he made his way over to a selfie stick and took a picture with us.)

During his lecture, Jack Ma allowed us to ask him some questions. Of course, I was not going to miss the opportunity since he is a great doer and a great thinker, so I decided to share a topic that has been on my mind lately.

Technology will generate a radical change in the world of work, which is why we talk more and more about skills for the future of jobs. However, I think we are leaving aside a more relevant conversation, that of the most important skills for the future of humanity. Remember that many people, for different reasons, do not work and that automation will make this situation more common. Why not also think about the skills necessary to prosper as a species, regardless of whether the human being in question works or is unemployed, underemployed or a freelancer?

So, I decided to raise my hand and ask Jack Ma what he considered the most important skill for the future of humanity. His answer: Embrace change.

After listening to Jack Ma’s brilliant response, I decided that I was going to ask the brightest entrepreneurs who attended Davos what they had learned during the World Economic Forum. These were their answers:

In Davos, you are surrounded by millionaires, successful entrepreneurs as well as people running hedge funds. From the outside, they seem special. Get to know them and you will see they are also human. They worry about whether they are doing the right thing with their lives, they worry about whether they are making the right decisions, they have to keep heading to the bathroom as well when they get an upset stomach from the altitude of Davos. These people are not special. Don’t think of people who have been successful as special because then you will think that they have something that you don’t, which is simply not true.

The world is moving from just making an impact to emphasizing the relevance of measuring impact. We need to empower the capacity of evaluating the impact. And entrepreneurs, especially social entrepreneurs, need to partner with scientists and technical people to work seriously on measuring the impact of their work.

What I learned from Davos is to always believe in yourself and your values. I believe in a more trusted, transparent, fair world, and I know I can do it through technology. My advice for those entrepreneurs that couldn’t make it to the WEF is to get to know yourself.

My biggest learning is to see. I realized that a lot of companies haven’t really seen the people they are trying to impact. After the Forum, I believe that any community I want to serve, I should go and live there for a year, use the same washrooms, use the same public transport, and then the solutions I create will be more rooted in reality.

Natalie Chan, CEO at OWN Academy

Dreams can come true, but you have to put in the hard work. Nothing comes from just wishing, you always need to have a goal as well as a direction and you have to be very open-minded to be receiving the different types of influences of the different types of ideas. Never be shy to ask for help. I am able to do what I do right now because I was never ashamed to ask for help. That’s the best advice I would give to entrepreneurs. Just ask, what is the worst that can happen? You need to build that thick skin.

Always have a positive mindset. Be open to challenges and opportunities. What worked great for me here in Davos was to always have the mindset of movement. No matter what you’re doing, as long as you keep moving, good things will happen to you.